Like having a sister of a friend show you her hometown 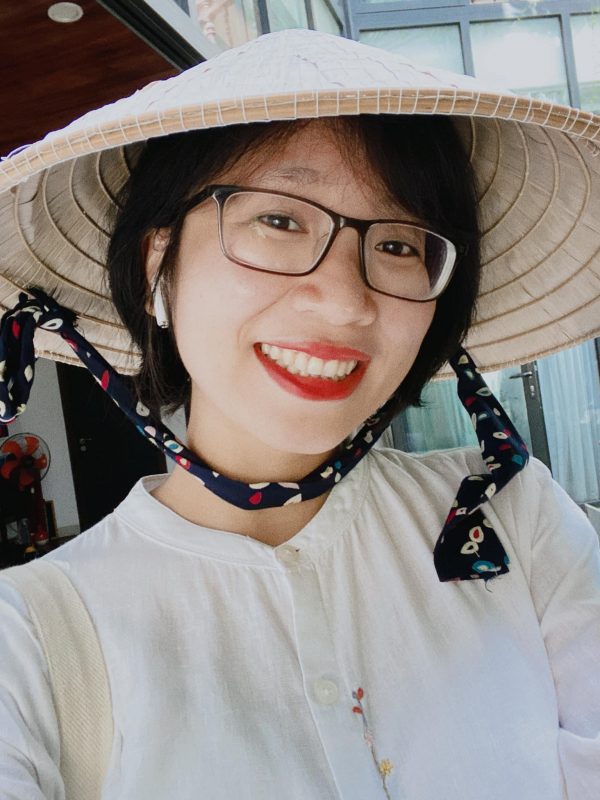 I visited Viet Nam for the first time, and My (for English-speaking folks, pronounced “Wee”) as the guide and Vu (rhymes with “you”) as our driver showed me around Hue, Da Nang (My’s home town), and Hoi An over 4 days. Vu was dependable, always where we needed him to be when we needed him there. Safe driver, good navigator, and friendly and accommodating. His English was not as good as My’s–whom I would describe as “conversational” if not “fluent”–so we spent most of our time with My. And she is a total delight! Young, vibrant and genuine. University degree in tourism, but more like a friend-of-a-friend who knew you were coming to town and wanted to proudly show off where she grew up. We have traveled a lot and had many tour guides, but this was the first that I felt like we were with family and not a commercial counterparty earning her keep. What do I mean? She had opinions. She engaged. She laughed at us when we did silly things, and then explained why in her culture they were silly. She said silly things and listened when we explained why, to us, they were silly. She asked questions about our lives, she asked about pictures we showed her of our lives back home, and she talked with enthusiasm about her own. She worked tirelessly at helping us in our attempts at pronouncing the Vietnamese word for “delicious.” Apparently, we kept saying “vomit” instead, and she laughed at us and tried to demonstrate. She wouldn’t let us bail on one particular stop (Marble Mountain outside Da Nang) when it was getting late and we were tired–and marveled with us when she saw the sights at dusk in a way she had not seen them before (because we had her out way past the normal time). I could go on, but instead I’ll say count yourself lucky if you can line her–and/or Vu–up to show you around this amazing part of the world.

How to Book a Tour